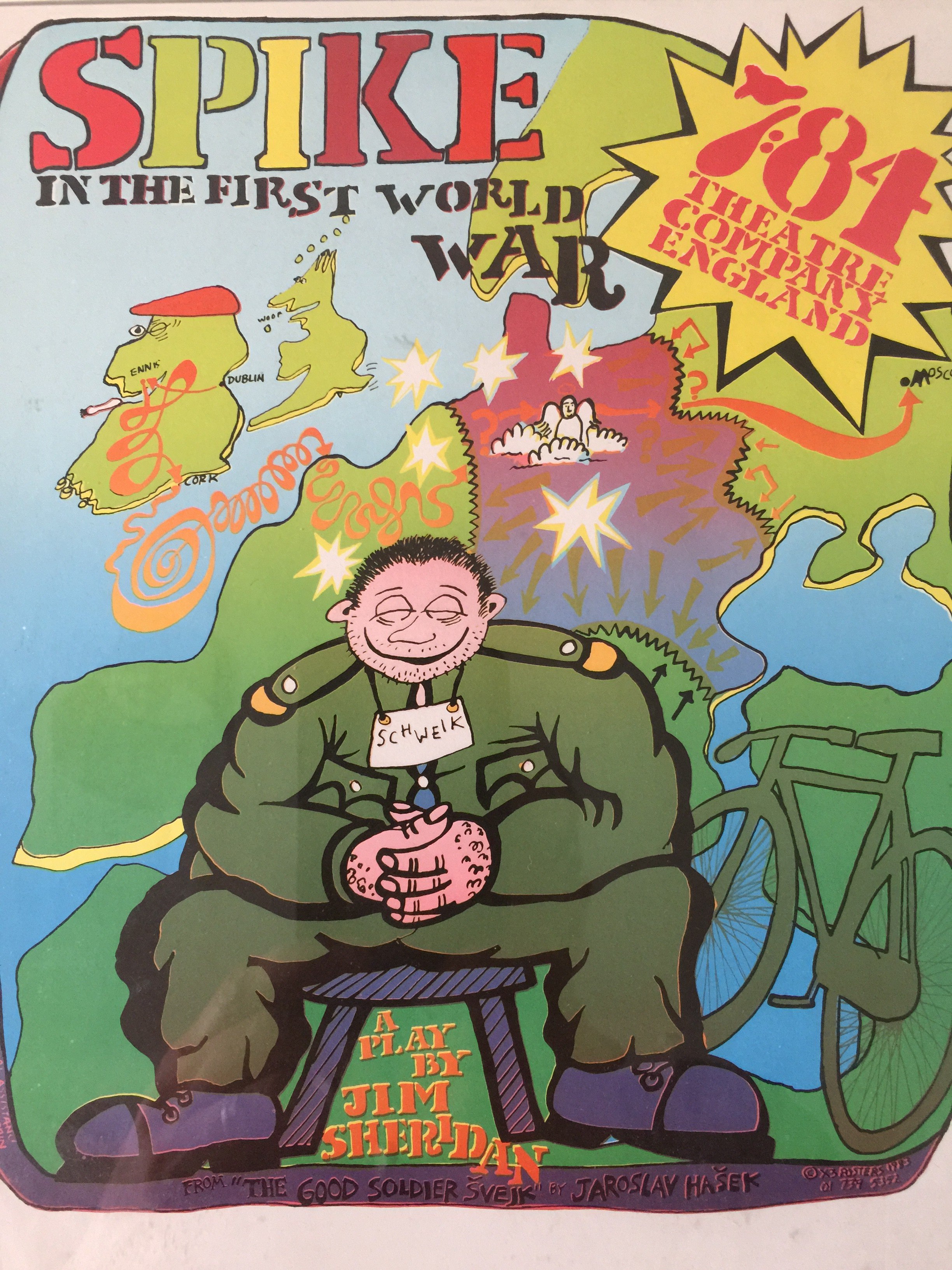 “I set it in Ireland because there are parallels with Czechoslovakia in 1914: two nations within one boundary … the church is also Catholic. Hasek’s anarchy is a reflex reaction to history and given Irish history it seems that this irreverent reaction is the only logical one. It’s about a man trying to plough his furrow while a whole country is caught in the excitement of a world war. This is a good time play with a message in the tail. Like Spike, we’ll rejoice in the spectacle of the natural oder of things that leads to these necessary wars?” Jim Sheridan 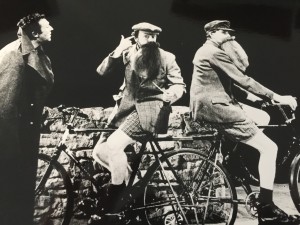 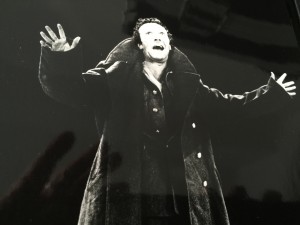 “Jim Sheridan’s new version of Svejk becomes Spike and Czechoslovakia becomes Ireland. Spike is the little man who subverts the callous machinations of authority. He should be cannon-fodder but proves to be indestructible. Apparently eager to please his benign imbecility disguises a cunning instinct for survival.” The Scotsman Fringe First 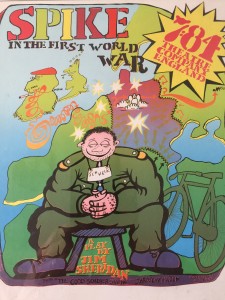 “Spike is political cartoon theatre at its best. The 7:84 Company has produced a show that is a shot in the arm for the ailing British fringe. Racy, ribald, and rumbustous. Spike has pace and imagination and plenty of punch.” The Guardian