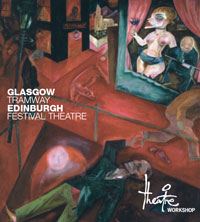 This play takes John Gay’s The Beggar’s Opera as its catalyst. It presents the thieves, whores and poverty-stricken people of London. At its centre is the relationship between Polly Peachum and Mack the Knife, but the story is littered with other colourful characters- the drunken Mrs Peachum, the greedy Mr Peachum, Mack’s friend police commissioner Brown, Mack’s gang, Jenny and Lucy (two of Mack’s other female followers) and the beggars who play pitiable parts in order to make money. A happy ending is manufactured as a meta-theatrical device but the final scene makes it obvious that for the poorest of society, “the Queen’s riding messenger comes in time very rarely”. Through witty dialogue and memorable songs this play critiques the very structures of society. Theatre Workshop extended this aspect of the play and used it to expose the hidden truth about the death and sterilisation of many thousands of disabled people during the Nazi Holocaust. Using a cast of some of the country’s best disabled actors and some distressingly poignant back projection the audience is left wondering why such crimes are not commemorated.

“BORN OUT OF the political turmoil of Germany in the late 1920s, Berthold Brecht’s The Threepenny Opera is a show that demands context; it needs a reason to rise from its place in 20th century history and to rattle its mighty chains again, and it gets its reason in full in Robert Rae’s powerful and sometimes electrifying production.

What Rae has set out to do is use the political position of his company of disabled actors as a mirror of, and a metaphor for, the social exclusion and “freak” status enjoyed by Brecht’s cast of beggars, prostitutes, pimps, people-traffickers and rogues, freely borrowed from John Gay’s unsettlingly brilliant 18th-century English original, The Beggar’s Opera; and the politics of Nazism, an ominous growing force in Germany when Brecht and Weill were writing, fully justify Rae’s decision…its terrific sense of purpose and occasion and by the brilliance of Rae’s staging, which makes superb use of contemporary film projected on huge screens above the seating-banks, and of a 15- strong acting company, backed by a ten-piece band, to conjure up a seething sense of city life at its most violent and politically threatening.” 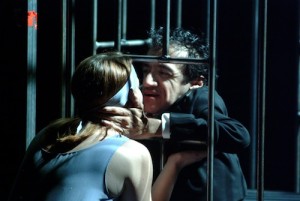 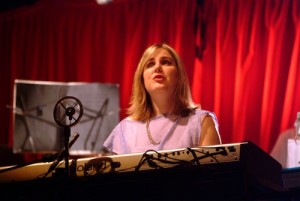 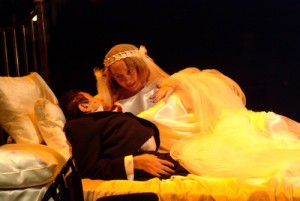 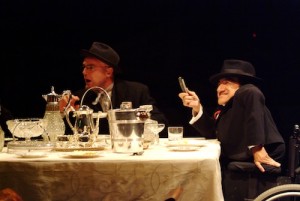 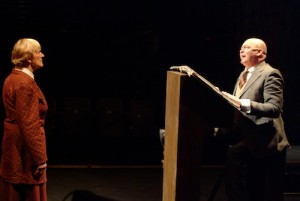 Performed at The Festival Theatre, Edinburgh and Tramway, Glasgow to capacity houses supported by the Scottish Government for The European Year of The Disabled