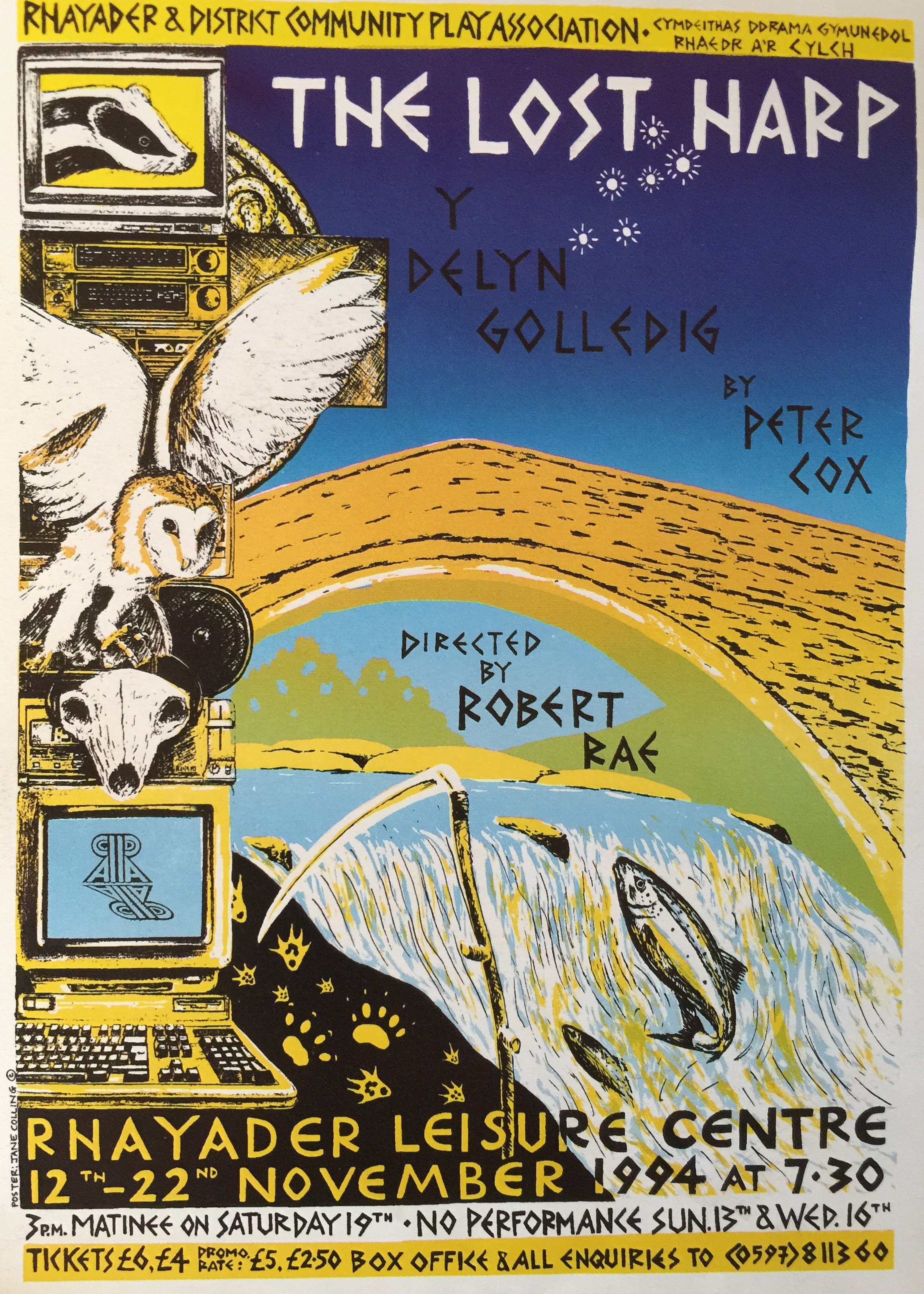 Written by local playwright Peter Cox, it was set at the start of the nineteenth century , a time of profound change – with deep social unrest spreading through towns and countryside alike.

“THE LOST HARP is set just a breath before these explosions of discontent. The unrest over the horizon is growing, and increasingly the people of Rhayader will be hearing the stories from travellers passing through. Some will no doubt be growing anxious for the sons and daughters of the town who like so many country people, had been drawn away to the smoke, the mines and the mills.

For the moment though these are private fears. On the surface little is changing. The railway system has not arrived, and the drovers still gather their vast herds of cattle, sheep and pigs and drive them overland to the rich markets of England as they have done since Norman times.

Never-the-less change is in the air. Changes more subtle than the material shifts that were turning the whole of Europe on its head. Old beliefs were challenged, old ideas held up for scrutiny, new dreams and regimes are in the offing.”