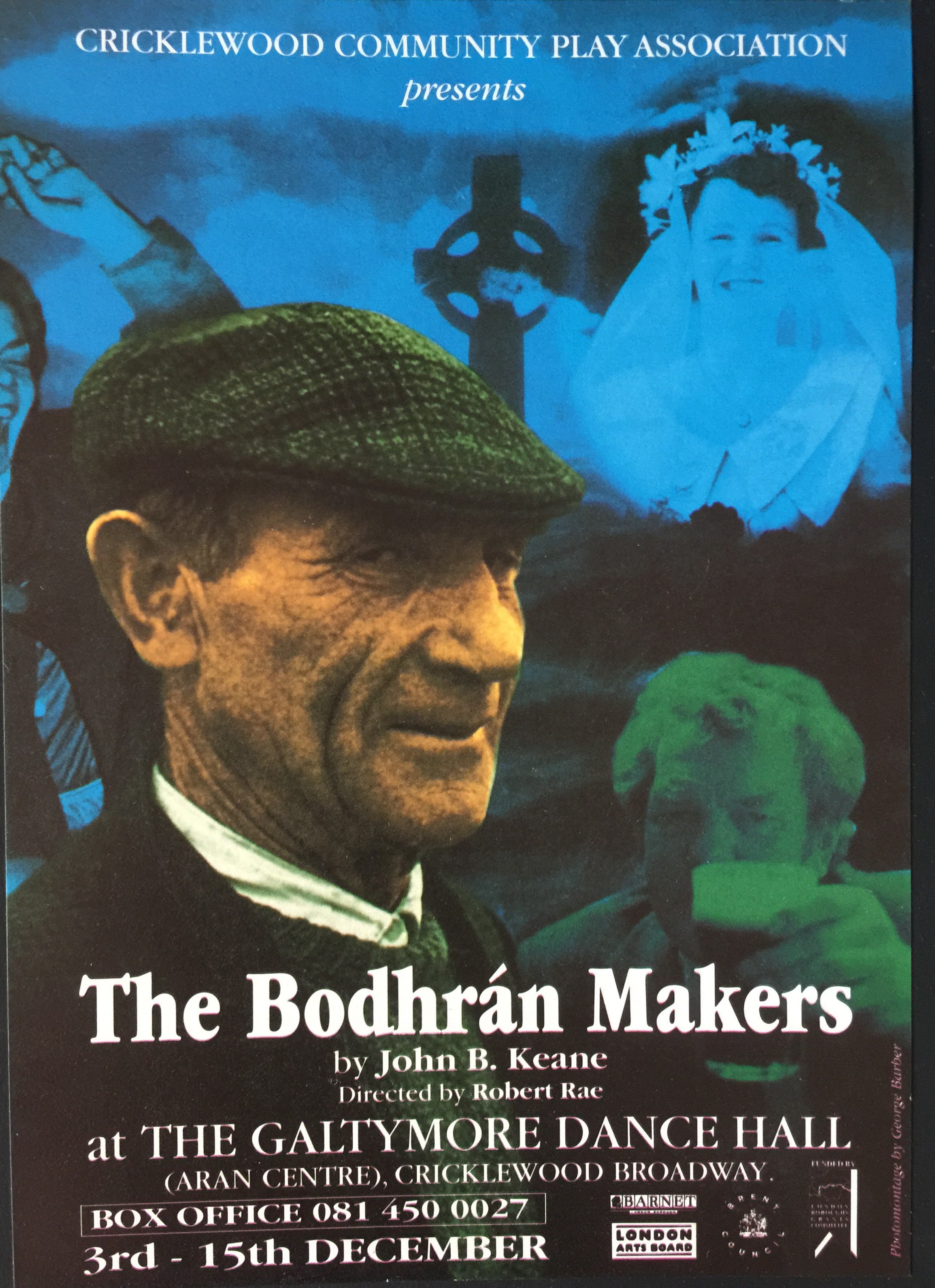 “That’s where heaven is. Where the sound ends and the silence begins”. Anyone whose heard the sound of the Irish Bodhran will know it seems to contain both martial and magical properties: sound as of feet marching but within it, something else – a lilt, a gaiety, the sound of a community enjoying itself. A symbol of rebellion then and a celebration of people.
How immigrants remember themselves and keep themselves and their culture alive can be a precarious business. If the Irish have succeeded better than most they can seldom have a re-enactment as ambitious as this Cricklewood Community Play which brings one piece of Irish history in the 50’s vibrantly to life.
Five years in the making, with a cast of over 100, a 35 piece orchestra and a group of 12 professional musicians, its highly professional – not so say emotional – experience, quite as testing as it is affirming.
Thanks to Rae’s ingenuity and Rod McVey’s wonderful live music, it becomes a triumphant affirmation of a community – not least in the collaboration between professional theatre workers and the local residents, but also in the way it shows the original community’s battle to maintain it’s indigenous culture and values, symbolised through the bodhran and the Christmas ritual of the Wren.
What emerges is a picture of Irish emigration, not often voiced, to do not only with the familiar one of grinding poverty but escape from Catholic domination with its stifling bigotries and sexual hypocrisies, with England envisaged as the land of infinite opportunities. The high quality of the performance are the more remarkable when you consider the performers are drawn solely from the local community.
Extraordinary. ”
Carole Woddis, Herald, Ham & High. (9/12/94) 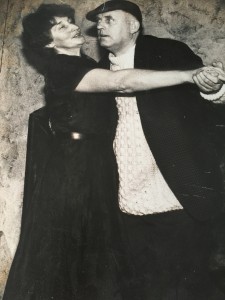 Performed in The Galtymore Dance Hall, Cricklewood in December 1996. 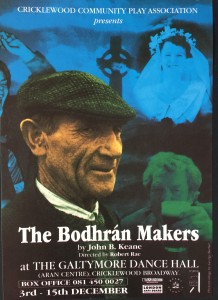 “The Bodhran Makers echoes John McGahern in exploring the reality of thwarted sexuality, with errant fathers emigrating to England and abandoned wives obliged to act the widow. Also, like Brian Friel, Keane is here excavating the Celtic past, whose traditions of raths and Wrens challenge the writ and provoke the wrath of Rome.” Martin Doyle, The Irish Post