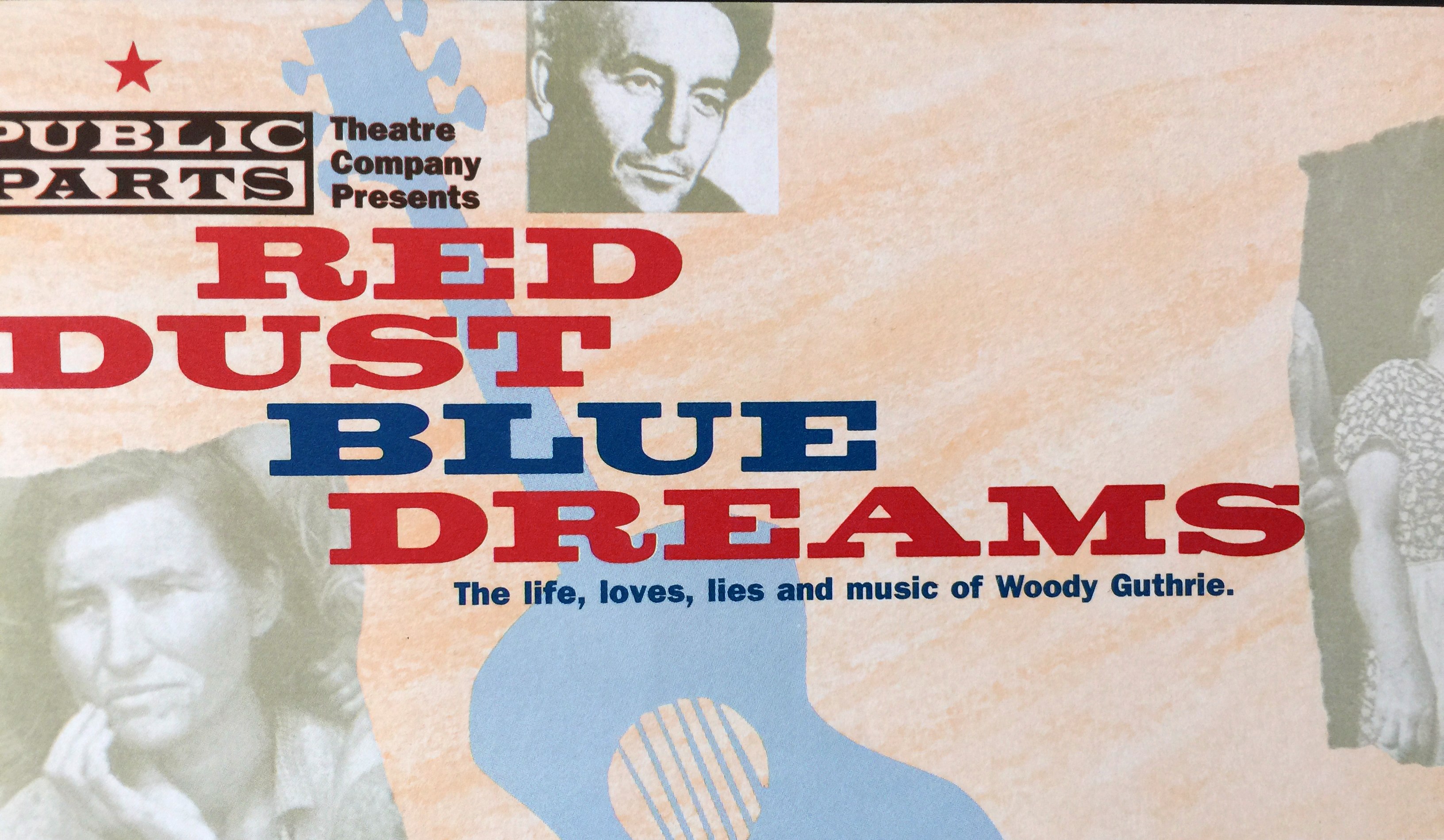 Family man three times over, travellin’ hobo, Dunkirk hero, folk legend, social embarrassment – in one moment he was playing to thousands as the voice of the people and the next was being flung into gaol as a drunken vagrant. Midst the chaos and adventure of his life, Woody Guthrie produced some of the finest lyrics and moodiest ballads America has ever known – and as Bob Dylan’s main influence sparked a folk revival that turned into a musical movement that defined popular music.

Public Parts brought their unique combination of fine acting and exuberant  musical abilities (including fiddles, banjo, guitar, mandolin, accordion and a trombone) to create a moving story of a brilliant songwriter haunted by and eventually diagnosed with Huntington’s Chorea, an incurable degenerative nerve disorder that acts upon the brain and leads to unexpected consequences such as speaking all thoughts aloud. “There’s several ways of saying what’s on your mind. And in states and counties where it ain’t any too healthy to talk too loud, speak your mind, or even to vote like you want to, folks have found other ways of getting the word around.

One of the mainest ways is by singing. Drop the word ‘folk’ and just call it real old honest to god American singing. No matter who makes it up, no matter who sings it and who don’t, if it talks the lingo of the people, it’s a cinch to catch on, and will be sung here and yonder for a long time after you’ve cashed in your chips.