A collaboration with TAIHEN THEATRE CO, Osaka, Japan. The story of Kaguyahime is a very ancient one from Japan. The central figure of the story is Kaguyahime, found as a baby by a kindly couple. As she gets older she becomes very beautiful and suitors from all over the area come to try to win her hand. Eventually she gives them each a task to fulfil to prove their love. However, Kaguyahime is not an ordinary girl but is from the moon. Only when the Emperor comes does Kaguyahime really fall in love. However, she is not really of this earth and is taken back to the moon leaving a note of love for the Emperor.

“At Theatre Workshop, the words ‘once upon a time’ are akin to a passport to another world.’ (Mary Brennan, The Herald, 12 December 2001). 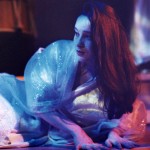 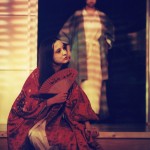 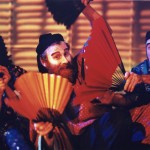