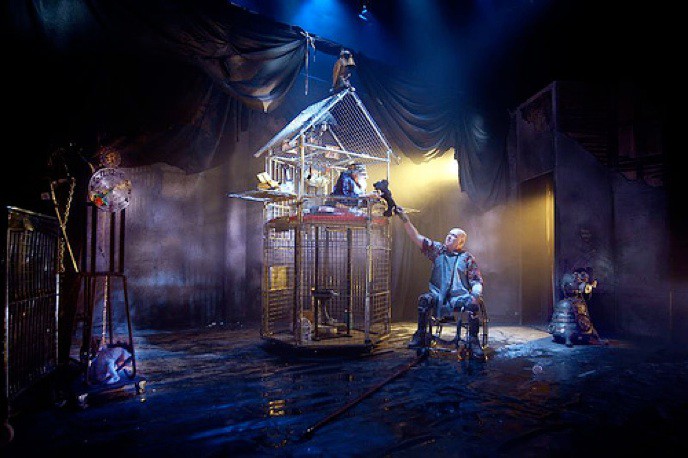 “SAMUEL BECKETT wrote Endgame back in the late 1950’s, when nuclear holocaust was the fear that stalked humankind.  Yet somehow, its grimly comic vision of four dying human beings stranded in a bleak place where “there’s no more nature” seems even more relevant to the end-time we currently face, in the age of rapid climate change, and runaway depletion of the earth’s resources.  In a bunker next to a lifeless grey sea, the elderly and sickly Hamm and his reluctant servant Clov move through the petty ritual of one of the many “bloody awful days” they have spent together; meanwhile, in a pair of rubbish-bins to one side, Hamm’s ancient parents tremble and cackle on the verge of death.

Robert Rae’s production for Theatre Workshop  is a slightly unusual version of Endgame, in that it inverts the usual staging to place the servant Clov in a wheelchair, Hamm in a high mobile cage that seems both throne and prison.  And like everything else on stage, Hamm’s rusty gilded cage is designed by Eduard Bersudsky’s Sharmanka workshop in a floridly exotic Heath Robinson style that’s both poignant in its sense of a civilisation living off its own scraps, and slightly distracting from the spare outlines of Beckett’s bleakly metaphorical text.

That same floridly expressive spirit sometimes seems to influence Nabil Shaban’s remarkable performance as Hamm, which occasionally lacks clarity.  But with Garry Robson, as Clov, achieving a level of dry, disciplined poetry that provides a strong framework for the production – and the great Dolina Maclennan providing a memorable cameo as Hamm’s faded old mother, Nell – this remains a rich and memorable staging of a great play.”  Joyce MacMillan , The Scotsman 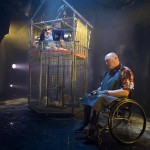 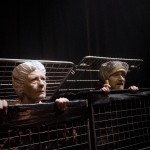 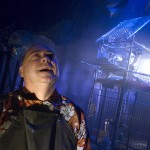 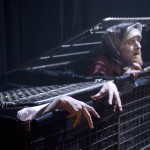 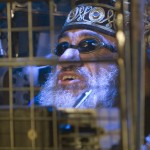 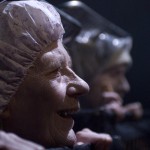 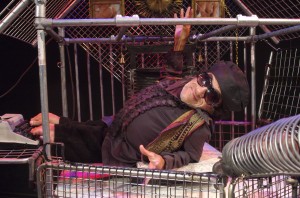 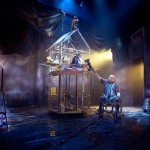