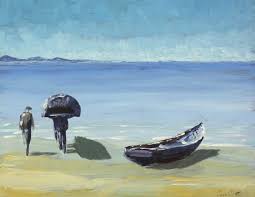 CHILDREN OF THE DEAD END

ADAPTED FROM THE WORKS OF PATRICK MACGILL

A PLAY WITH MUSIC FOR MID SCALE TOURING

An autobiographical novel that roams from the grinding poverty of Dermot Flynn’s childhood in Donegal, to the byways and back roads of Scotland. Like his contemporary Jack London, MacGill’s early experiences engendered in him a loathing of injustice, and politically radicalised him. Raw, lyrical, angry, and a moving tale of lost love, Children of the Dead End still retains its affecting power.

Both a sequel and a parallel The Rat-Pit (the name of a Glasgow lodging house) tells the tragic tale of Donegal girl Norah Ryan’s struggle against poverty at the turn of the century. At the same time it is also a much larger story of the oppression, poverty and racism suffered by Irish immigrants to Britain at that time, and of the hypocrisy of a society which used and abused, yet turned away from the dark underbelly it had created. THE LIST, 100 Best Scottish Books

With significant development support from Creative Scotland Gráinne Brady and Robert Rae have been working intensively since October 2019, Robert on the adaptation and Gráinne on the music, and together to explore structure and lyrics. After a residency in Kinlochleven and with additional support from Cavan Arts they completed a second draft at The Tyrone Guthrie Centre, Annaghmakerrig. They are about to collaborate with key creatives – designer, choreographer, video artist and musical arranger – to ensure that the production is ready to go by the end of April 2021.
OurLands intends to apply to the Creative Scotland’s recently announced Emergency Touring Fund which aims to support touring work between April and September 2021 and we now seek potential co-producers, partners and venues in Scotland.

PRODUCTION
The story is a combined adaptation of “Children Of The Dead End” and “The Rat Pit” – by bringing the two books together (as MacGill intended they be read) we tell the story of the two young protagonists and lovers and their “coming of age” journeys. As a poet MacGill has a strong ear for working class language, celebrating both the vernacular and the rhythm of rural Donegal and urban Scotland – this has been respected in the adaptation and lyrics.

The production has been written for an ensemble company with a minimum of six actor/singers and three musicians. The roles of DERMOD and NORAH will be played by the same actors throughout, however the actors playing GOUROCK ELLEN, MOLESKIN JOE, SHEILA, MICKYS JIM and the musicians (when available) will play a number of additional minor parts.
We will work with a choreographer to establish a fluid movement style for the ensemble, allowing us to signify the rhythmical but relentless physical work of both the potato picking and the navy jumper gangs. The scenes will be designed and costumed to facilitate fluid movement from one scene to the next, while evoking the dramatic landscapes of Donegal and the Highlands, contrasted by the urban poverty of the Glasgow slums.

Music will run throughout the production with a significant number of songs and underscoring music already written. The music and song is entirely original and has a contemporary feel, while drawing heavily upon both Scottish and Irish traditional music as well as referencing popular song of the time. Storytelling is at the heart of the production, with songs offering insight into the characters, their hopes and aspirations.

MacGill’s poetry has been incorporated into the Lyrics. DERMOD is semi-autobiographical and we will explore the creative opportunities of screen and sound technologies to make the characters obsessive writing and reading visible to an audience.
MacGill makes clear the influence of Victor Hugo’s novel “Les Miserable” on “Children Of The Dead End” and the successful musical has been allowed to influence our decision making on both the adaptation and use of song, however it has been MacGill’s work that has been the primary influence. 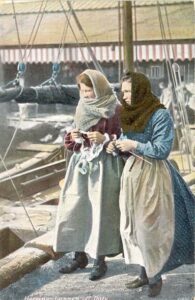 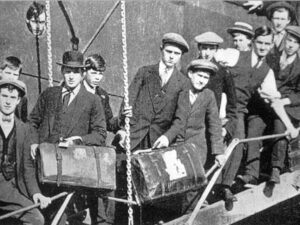 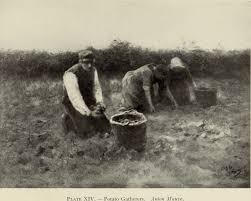 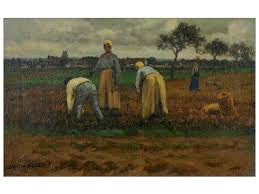 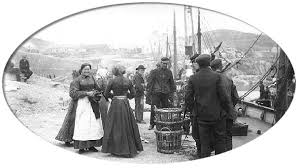 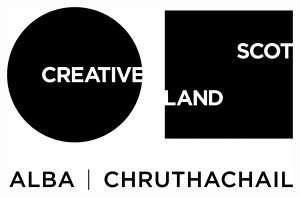