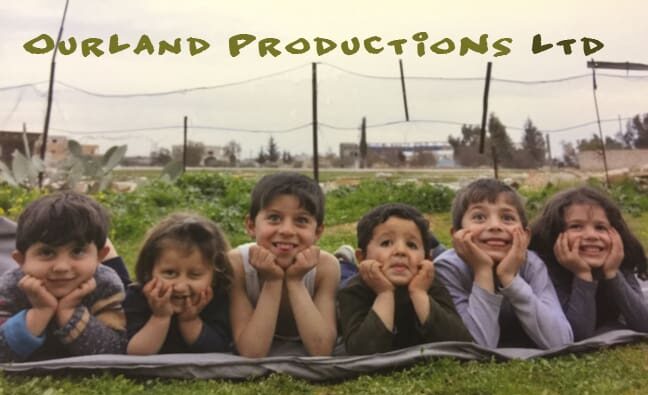 CHILDREN OF THE DEAD END

With significant development support from Creative Scotland Gráinne Brady and Robert Rae have been working intensively since October 2019, Robert on the adaptation and Gráinne on the music, and together to explore structure and lyrics. After a residency in Kinlochleven and with additional support from Cavan Arts they completed a second draft at The Tyrone Guthrie Centre, Annaghmakerrig. They are about to collaborate with key creatives – designer, choreographer, video artist and musical arranger – to ensure that the production is ready to go by the end of April 2021. 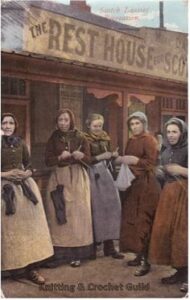 “An autobiographical novel that roams from the grinding poverty of Dermot Flynn’s childhood in Donegal, to the byways and back roads of Scotland. Like his contemporary Jack London, MacGill’s early experiences engendered in him a loathing of injustice, and politically radicalised him. Raw, lyrical, angry, and a moving tale of lost love, Children of the Dead End still retains its affecting power.

Both a sequel and a parallel The Rat-Pit (the name of a Glasgow lodging house) tells the tragic tale of Donegal girl Norah Ryan’s struggle against poverty at the turn of the century. At the same time it is also a much larger story of the oppression, poverty and racism suffered by Irish immigrants to Britain at that time, and of the hypocrisy of a society which used and abused, yet turned away from the dark underbelly it had created. ”   THE LIST, 100 Best Scottish Books Developed originally with Derry Playhouse, OurLand Productions  in collaboration with Justice For The Forgotten brought the production to Liberty Hall, Dublin in July 2019.

A “visceral, gritty and emotional, local testimony of the conflict and the struggle for truth and justice” has finished its sold out tour of Newry, Belfast and Dundalk.

Developed with and performed by victims and survivors of the tragedies of South Armagh, Border counties and Dublin in the darkest days of The Troubles, ‘Blood Red Lines’ received standing ovations and overwhelming feedback since it began its tour in Newry Town Hall on February 23 and 24. BAFTA winning film and theatre maker Robert Rae undertook a six month residency in Newry as part of an ambitious EU PEACE IV funded arts programme, The Playhouse Theatre and Peacebuilding Academy.  Rae collaborated with those worst affected by the conflict, including the Dublin and Dundalk bombings, to develop and perform in the contemporary piece of verbatim theatre.

Audiences praised the “important stories that need to be heard… Courageous and determined voices” and said “This type of work is vitally important in ‘dealing with the past’, and helps in ways that judicial structures have been unable to, demonstrating the potential of the arts in reconciliation and peacebuilding work.” Inspired by archetypal folk tales such as The Pied Piper of Hamlyn and by Berthold Brecht’s classic poem Kinderkreuzzug which itself was an adaptation of an earlier Finish poem by Arvo Turtiainen’s called Sotakoira. Brecht’s adaptation, first a screen play and then a poem, was set in 1941 and told the story of unaccompanied refugee children fleeing war in Poland, in 2017 we are adapting it to tell the story of children fleeing Syria today.

In the context of community empowerment, the Project represents a significant intervention through an artistic route around the most conflicted and contentious aspects of immigration. By being part of something extraordinary the Project aims to inspire, engage and retain a diverse, vibrant, committed group of young people, community activists and professionals, with the aim of reconnecting audiences with their innate empathy and humanity for the plight of unaccompanied children in war. 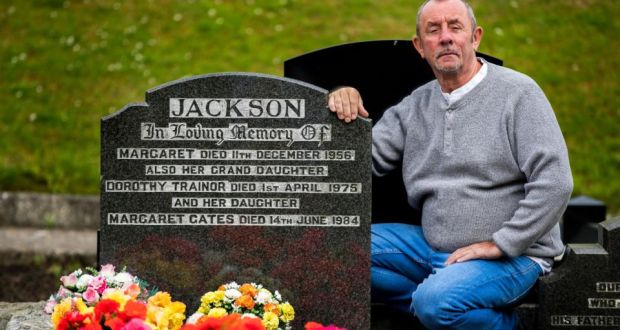 Armagh man Dessie Trainor shares a stage with 10 others, but they all share much more than a stage.

Over the course of two hours, Trainor and his fellow performers reveal deeply personal stories of the tragedies of the Troubles, and the impact that they have had on their and many other lives.

“We were told the next morning that our mum was dead and little did I know then that the next 40-odd years would be a nightmare,” Trainor confesses to a large audience at the Liberty Hall Theatre in Dublin.

His story is part of a new play called Blood Red Lines created by Scottish writer-director Robert Rae who was commissioned by the Derry Playhouse as part of a peace process initiative to look at issues of the past.

To read article in full;